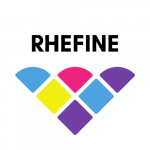 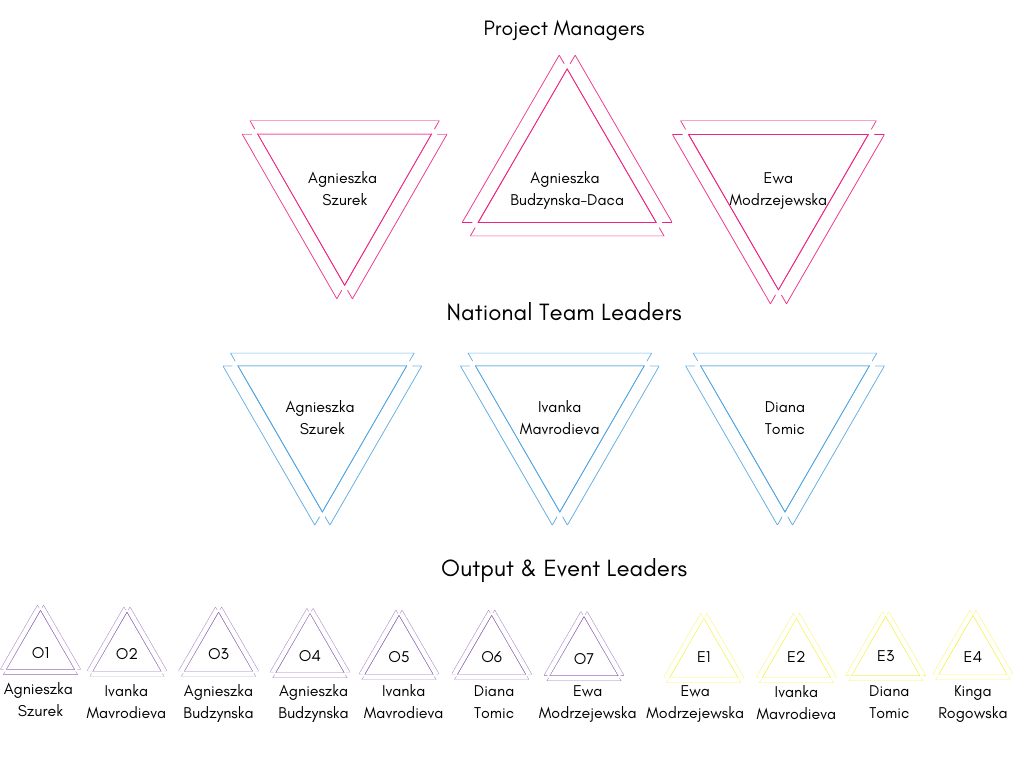 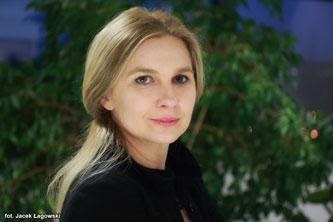 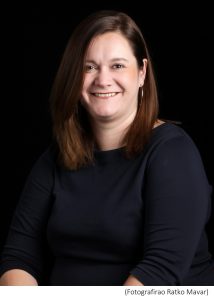 completed PhD at Postgraduate Doctoral Study in Linguistics (Phonetics), University of Zagreb in 2013. Currently, she is working as an Assistant Professor at the University of Zagreb (Department of Phonetics, Faculty of Humanities and Social Sciences). She has been teaching various courses at both B.A. and M.A. levels (principal instructor in courses such as Public Speaking Culture, Business Communication and Media Delivery for Kinesiologists etc.) and has also participated as an instructor at Doctoral Summer School of Postgraduate Doctoral Study in Information and Communication Science. She works as trainer of communication and public speaking skills for various life-long educational projects organized by the Faculty. Since 2012 she has been a Board member of the Phonetic Section of Croatian Philological Association and since 2016 she has served as the President; since 2015 she has served as a Main Secretary in the academic journal Govor/Speech; worked on several professional projects (VOC.COM – funded by IPA funds EU, organized by Dubrovnik Vocational School for Economy, ProGOVORi – funded by The Ministry of Science and Education). Her scientific interest is twofold: speech development and rhetorical pedagogy.
Pokaż więcej
Pokaż mniej 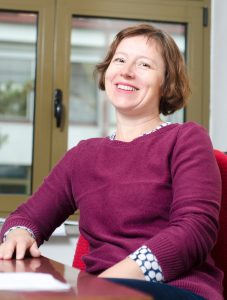 completed PhD at Postgraduate Doctoral Study in Linguistics (Phonetics), University of Zagreb in 2008. Currently, she is working as an Assistant Professor at the University of Zagreb (Department of Phonetics, Faculty of Humanities and Social Sciences). She teaches courses in phonetics and rhetoric: General Phonetics, Psychoacoustics and Rhetoric genres. She worked for three years at Croatian Television as a phonetician in the Service for language and speech with journalists and TV anchors. As a lecturer she worked at the School of Rhetoric Ivo Škarić, teaching rhetoric to high school students at about 20 seminars. She has actively participated at various national and international conferences and she has published, individually or in co-autorship over 30 papers in national and international proceedings and journals. She is a member of Croatian Philological Association, Croatian Applied Linguistics Society, Croatian Reading Association and a member of the editorial board in Journal for phonetics Govor/Speech. Currently she is the head of the Department of Phonetics at Faculty of Humanities and Social Science, University of Zagreb.
Pokaż więcej
Pokaż mniej 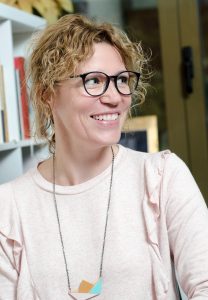 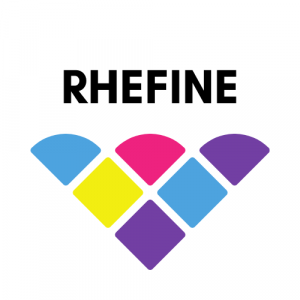 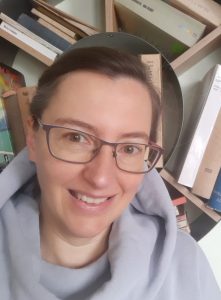 Ph.D., Associate Professor in the Institute of Applied Polish Studies at the University of Warsaw. The author of several dozen academic papers on rhetoric, rhetorical criticism, popular literature and local history. Member of the editorial board of the academic journal “Literatura i Kultura Popularna”. English-Polish translator, with several books translated for the Jagiellonian Univeristy Press.
Pokaż więcej
Pokaż mniej 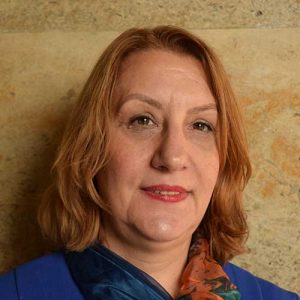 is the Chair of the Executive Board of the Institute of Rhetoric and Communications.  She is Full Professor, PhD and Dr. Hab. She is a lecturer in rhetoric, business communication, public relations and academic writing at Sofia University. She is the author of 12 books presenting scientific information in new and traditional spheres through the eyes of the researcher: “Parliamentary Rhetoric in Bulgaria” (2001), “Integration of Bulgaria in the EU and NATO. Rhetorical aspects” (2004), „Virtual Rhetoric: from Journals to Online Social Media” (2010), “Political Rhetoric in Bulgaria: from meetings to Web 2.0 (1989-2012)” (2012). Mavrodieva is the author of 120 articles, 25 of which are published in English, Russian, and French in renowned scientific journals; as well as in international scientific conferences proceedings held in Italy, France, the Netherlands, Russia, Slovenia, Romania, Ukraine, etc. She is author of two collections and one textbook with oratorical speeches and complier of two collections and one chrestomathy: „Contemporary Rhetorical Practices” (2010), „Patterns of Modern Oratory” (2010), „Communications in Virtual Environment” (2010). She has been a member of the Executive Board of the Rhetoric Society of Europe (RSE), http://eusorhet.eu/, since 2013, for two consecutive terms. Mavrodieva regards rhetoric as an ancient yet vital science, communication as practices in business, Web 4.0, the Internet of things. .
Pokaż więcej
Pokaż mniej 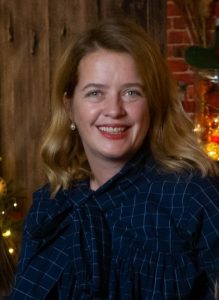 of the Institute of Rhetoric and Communications.  She holds a PhD degree in media rhetoric. Her research interests include rhetoric, media communication, Internet communication, visual communication and in particular she analyses political and social manipulation in traditional media and social networks. She examines visual and verbal messages on social media platforms and analyses digital media manipulation. She publishes articles based on empirical research related to rhetoric of protests, propaganda, visual and verbal messages. She is a member of the Editorial Board of the Rhetoric and Communications Journal. She is a part-time university lecturer (City College and International Faculty of Sheffield University – Sofia and Sofia University “St. Kliment Ohridski, Faculty of Philosphy).
Pokaż więcej
Pokaż mniej 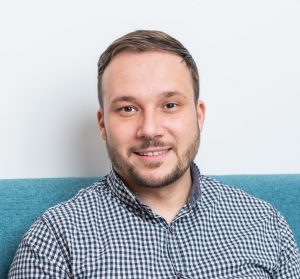 is the member of the Executive Board of the Institute of Rhetoric and Communications.  Petkov holds a Doctor of Philosophy (PhD) degree in Philosophy. He is part-time lecturer at Sofia University “St. Kliment Ohridski” (Department of Philosophy and Department of Cultural Studies) and at International Business School – Botevgrad. His research interests include rhetoric, history of rhetoric, speechmaking, presentation skills and applied argumentation. He is an expert in argumentative strategies, speechmaking and the implementation of the argumentative strategies in discussions. He has been the Online Editor of the Rhetoric and Communications Journal since 2011.
Pokaż więcej
Pokaż mniej 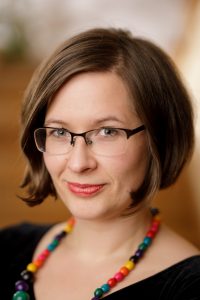 graduated from the Institute of Journalism, Ph.D., Assistant Professor at the University of Warsaw (Rhetoric and Media Department, Institute of Applied Polish Studies). She deals with rhetoric, communication, and critical thinking skills; she runs media and civic literacy workshops; she focuses on the visual rhetoric of data visualizations. Member of the Board of Polish Rhetoric Society; serves as a co-editor in academic journal Res Rhetorica. For many years she has been involved in fostering civic society.
Pokaż więcej
Pokaż mniej 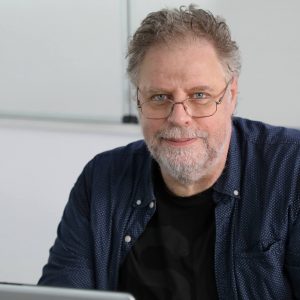 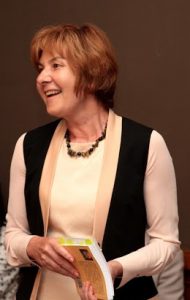 PhD is the member of the Executive Board of the Institute of Rhetoric and Communications.  She is a full professor at the Department of Bulgarian Language, Faculty of Slavic Studies at Sofia University „St. Kliment Ohridski“. She teaches courses in academic communication and business communication for students from undergraduate and master programs at the Faculty of Slavic Studies and the Faculty of Philosophy as well as linguistics. Her research interests are in the areas of academic communication and business communication, oral and written communication, pragmatics. She has written several books and articles on Bulgarian grammar, among which “Models for interpretation of complex sentences in modern Bulgarian“ (2000), „Structural models of interrogative sentences in Bulgarian“ (2004), „Academic communication“ (2010), „Academic Writing for PhD and postdoctoral students” (2014), „From essays to master theses: Academic Wring for students” (2016) – with Ivanka Mavrodieva (2010).
Pokaż więcej
Pokaż mniej 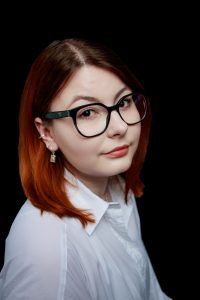 doctoral candidate at Doctoral School of Humanities at University of Warsaw, member of Centre for Applied Rhetoric. Her interests revolve around Rhetorical Genre Studies, multimodal analysis (of film in particular) and creative methods of modern education. She is the founder of a science communication project which popularises rhetorical knowledge on social media.
Pokaż więcej
Pokaż mniej